As discussed in another recent post, the U.S. Court of Appeals for the First Circuit held last week that a party cannot invoke federal-question jurisdiction simply by challenging the validity of a right of first refusal (“ROFR”) granted under with Section 42(i)(7) of the federal Low-Income Housing Tax Credit (“LIHTC”) statute. See AMTAX Holdings 227, LLC, et al. v. Tenants Development II Corp., et al., Case No. 21-1043 (1st Cir. Oct. 13, 2021). The question before the First Circuit in AMTAX was whether state-law claims challenging a Section 42(i)(7) ROFR presented an “embedded” federal question—i.e., whether such claims require a district court to interpret Section 42(i)(7) of the Internal Revenue Code, which provides a safe-harbor for below-market ROFRs in the context of the LIHTC program.

The AMTAX decision marks the first time a federal appellate court has ruled on that question, which has become an important one as more LIHTC exit disputes involving Section 42(i)(7) ROFRs began to reach the courts. In declining to find federal-question jurisdiction, the AMTAX case also sits in stark contrast with Riseboro Cmty. P’ship v. SunAmerica Hous. Fund No. 682, 401 F. Supp. 3d 367 (E.D.N.Y. 2019), a 2019 decision in which the U.S. District Court for the Eastern District of New York found that it had federal-jurisdiction on closely analogous facts.

In analyzing the issue of embedded federal-question jurisdiction, the First Circuit and the Eastern District of New York both applied the four-part test stated by the Supreme Court in Gunn v. Minton, 568 U.S. 251, 258 (2013), which requires that a federal issue be “(1) necessarily raised, (2) actually disputed, (3) substantial, and (4) capable of resolution in federal court without disrupting the federal-state balance approved by Congress.” In reaching opposite conclusions, the AMTAX and Riseboro cases offer conflicting roadmaps for future federal courts deciding whether to exercise federal-question jurisdiction over state-law claims challenging Section 42(i)(7) ROFRs. The two opinions also underscore how simply reframing an issue can lead courts to different decisions.

In AMTAX, a tax-credit-investor plaintiff brought a case in the U.S. District Court for the District of Massachusetts challenging a general partners’ attempted exercise of a Section 42(i)(7) ROFR. The plaintiff argued that the preliminary question of whether state or federal ROFR principles applied to the parties’ dispute fell within the district court’s federal-question jurisdiction. The district court dismissed the case for lack of subject-matter jurisdiction, and the First Circuit affirmed.

The First Circuit held that the plaintiff’s complaint did not “necessarily raise” a “substantial” federal question. The court reasoned that the issue of a ROFR’s validity does not necessarily require a district court to interpret the federal LIHTC statute, noting that Section 42(i)(7) does not “independently void[] noncompliant [ROFR] agreements rather than simply making a party or a project ineligible for certain tax benefits.” The court further held that the purported federal question was not “substantial,” since there was no indication in the record “that developers and investors customarily use a one-size-fits-all prototype” for ROFR agreements, and thus no basis to conclude “that a large number of LIHTC transactions would be affected by the federal-law issue.” The court also questioned why Section 42(i)(7) could not be interpreted by state courts in any event, noting that “the federal government already ‘delegates’ LIHTC-related compliance matters ‘to state agencies as a matter of course.’”

The First Circuit framed the dispute in AMTAX as one over the validity of a Section 42(i)(7) ROFR rather than the ROFR’s interpretation. By focusing on the issue of validity, the court largely side-stepped the winning argument in Riseboro discussed below—that the parties’ rights and obligations under a Section 42(i)(7) ROFR cannot be discerned without determining what Congress intended the term “right of first refusal” to mean in the context of the LIHTC program. The First Circuit did, however, at least passively address that argument in its discussion of the “substantiality” prong of the Gunn test, as discussed in a previous post.

It also bears emphasizing that the First Circuit did not foreclose federal-question jurisdiction over all claims involving Section 42(i)(7) ROFRs, acknowledging in AMTAX that interpretation of Section 42(i)(7) “might be necessitated” by claims for breach of provisions of LIHTC limited partnership agreements requiring a partner “not to endanger tax benefits and to comply with Section 42(i)(7).” The court noted that certain “critical elements” would need to be explored under such a theory, “such as how the recapture process works and whether the tax credits [a project] received might be imperiled.”

The First Circuit’s opinion is binding on federal district courts in Maine, Massachusetts, New Hampshire, Puerto Rico, and Rhode Island, making it the widest reaching precedent to date on this issue.

In Riseboro, a project-sponsor plaintiff sued a tax-credit investor in New York state court, alleging claims for declaratory judgment and breach of contract relating to the defendant’s efforts to prevent the plaintiff from unilaterally exercising a ROFR it had been granted “in accordance with” Section 42. The investor removed the case to the U.S. District Court for the Eastern District of New York, arguing that the plaintiff’s claims presented a federal question about the correct interpretation of Section 42(i)(7).

The district court agreed, holding that the plaintiff’s complaint satisfied all four elements of the Supreme Court’s Gunn test. The court found that a federal question was “necessarily raised” and “actually disputed” because the plaintiff’s claims required the court “to resolve the parties’ dispute over (1) whether 26 U.S.C. § 42 contemplates any restrictions on [a] ROFR holder’s ability to exercise it, and (2) whether 26 U.S.C. § 42(i)(7) envisions [a] ROFR that differs from a common law ROFR.” Riseboro, 401 F. Supp. 3d at 372-73. Those legal questions were “substantial,” the court found, because they “will be applicable to many other LIHTC agreements nationwide,” noting that other courts had reached conflicting conclusions on the same question. Id. at 374 (comparing Homeowner’s Rehab, Inc. v. Related Corp V SLP, L.P., 479 Mass. 741 (Mass. 2018) (finding Section 42(i)(7) ROFR was “not purely a creation of common law but . . . must be understood in the context of agreements designed to secure tax credits under the LIHTC program”) with Senior Hous. Assistance Grp. V. AMTAX Holdings 260, LLC, 2019 U.S. Dist. LEXIS 26165 (W.D. Wash. Feb. 19, 2019) (finding in diversity case that Section 42(i)(7) did not create a federal common-law ROFR definition)). Finally, the court found that the exercise of jurisdiction would not “disrupt the federal-state balance” because, among other reasons, “Congress intended disputes involving federal tax statutes to be heard in federal courts” and federal jurisdiction would not “transform state court litigation of traditional breach of contract actions involving ROFR provisions into federal litigation.” Id. at 375-76.

Unlike the First Circuit in AMTAX, the Eastern District of New York in Riseboro framed the dispute before it as one over the interpretation of a Section 42(i)(7) ROFR rather than the ROFR’s validity. Whereas the First Circuit took the disputed issue to be whether a ROFR “should be declared void because it departed from the federal scheme” set forth in Section 42 (a question the court determined was irrelevant), the Eastern District of New York took the disputed issue to be whether “any conditions precedent for [the plaintiff] to exercise its ROFR” had been satisfied, which required the district court to determine “the correct construction of the requirements of a ROFR under [Section 42].”

Courts in other federal jurisdictions are sure to face this question as more and more LIHTC properties reach the end of their statutory compliance periods and face contentious partnership exit issues. Litigants will likely recognize the fingerprints of AMTAX and Riseboro in future decisions. 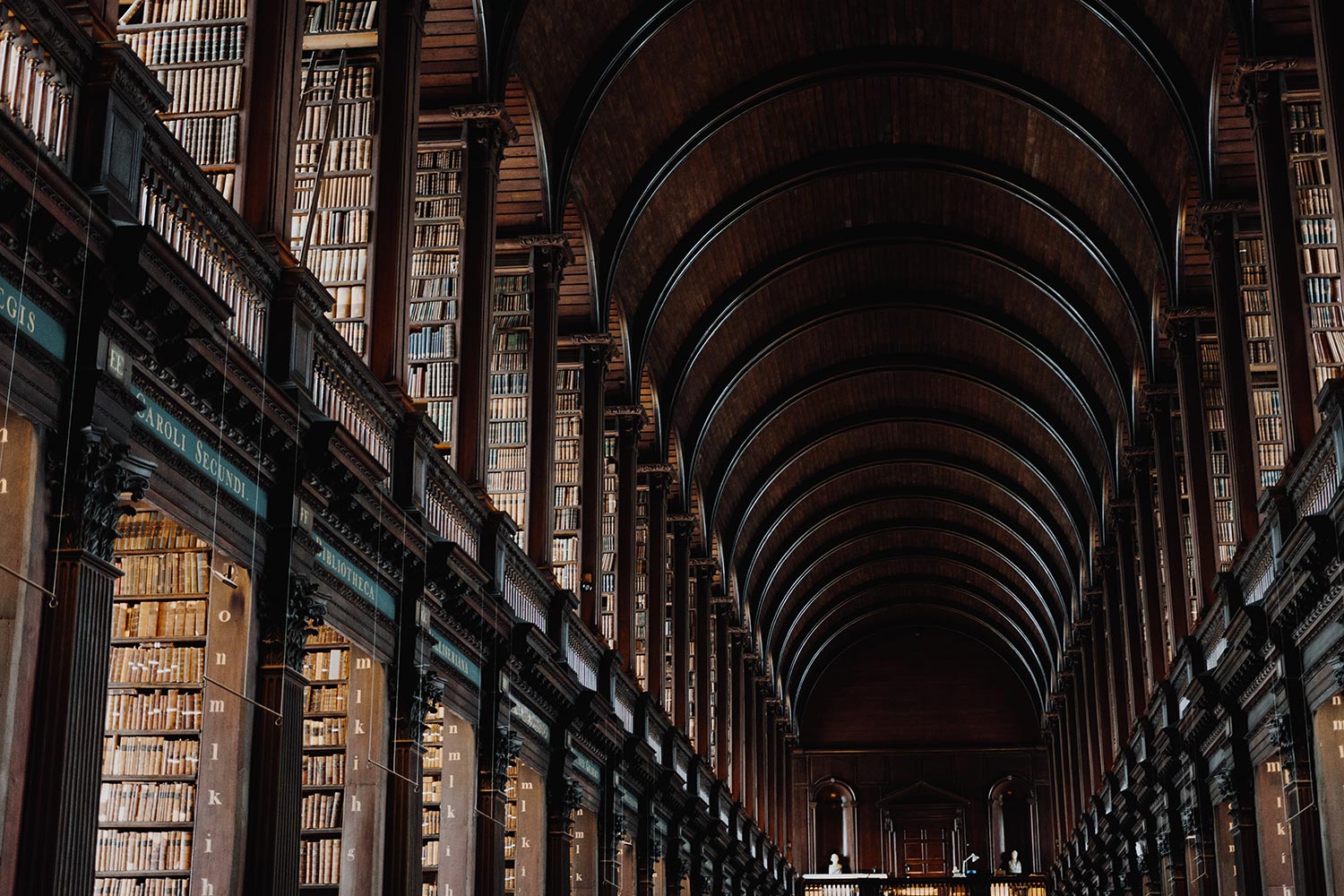